Lately, I’ve felt so inspired to resume writing short stories but I’ve also somehow felt plagued by  writer’s block for the longest time; what important message could I possibly morph into a plot-line meaningful enough to effect change for any of you? I found my answer when the Edmonton Community Foundation (ECF) reached out to me recently.

ECF is a local, charitable organization which has devoted itself to Edmonton’s passions, innovative projects and leadership for almost 40 years.

Their multitude of grants and programs help improve our community, be that through their ECF Bursaries or Young Edmonton Grants which support innovative, local projects and students making great impacts. There’s also their Vital Signs movement designed to integrate more minority citizens into our national policy making process. Overall, I believe many motivated students and aspiring change-makers nation-wide would benefit from getting involved with ECF and it’s host organization: Community Foundations of Canada. So as you read the following story, which is based on true events and inspired by the ECF, do consider sharing this with any driven individual that could use support for their revolutionary vision.

“What are you doing?” his snide voice seemed to slither up behind her as he walked past.

“Taking a picture of the counselor’s scholarship board…”she mumbled the words, dreading what she knew  would come next.

“Why?” he did little to sheathe the edge of condescension in his tone. “It’s not like you’ll ever win one anyways.”

At that moment, one of the board’s posters came unpinned and tumbled to the the hallway floor. Her confidence almost plummeted down just as low.

Right then, she was grateful to have been born under the zodiacal sign of Aries: notoriously stubborn and far too resilient to give in to belittling comments such as his. She bit her tongue and picked up the sign as he walked away unaware of his words’ impact. And maybe it was an otherwise meaningless comment that she was over-reacting to: why would she ever expect to win? After all, how many people at her school had actually won financial aid before? She didn’t even know. She’d always tried to tune out the others because they made it seem so easy…never seemed to care about bursaries.

On parents night, she’d been shocked by the relatively small number of families who made it for the bursary info session.

“Millions of dollars in scholarships go unclaimed simply because no one applies,” raved the inspirational mentors at the seminar.

But apparently, around here, no one needed post-graduation help; they’d already planned for either a more affordable life in part-time jobs, a stressful life of postponed student debts or a lucky life of studies paid for by well-off relatives. There was only one other option —scholarships— for girls like her with big post-secondary dreams and small families who she knew could ‘t help her battle her financial demons. She knew after that info session and in that hallway with the scholarship board that she had to at least try. And try she did:

Until after half a year of radio silence in response to her applications.

Until her 10th rejection letter arrived followed by many more.

Until she finally realized that maybe all this resistance meant the boy had been right all along. Why was she losing sleep over an obviously impossible feat? Truthfully, there’d been some positive signs along the way; she thought of the one or two callbacks she’d received but had simply become ineligible for as her school selection changed. So close she had been…was it just that she needed to try a little harder? However, too many flashbacks to his cruel smirk told her “no.” When he asked, in front of everyone, how many scholarships she’d received after applying since last October she just couldn’t look him in the eye as the answer of “zero” flittered around her head, teasing her, negating her months of hard work.

Enough of this child’s play; she would never publicly be made a fool of again. It was time for her to accept that despite her devotion to her school, community and future, she just wasn’t cut out to be free. The notion of giving up was what finally released her into a rocky sleep that night.

In her dream, she saw glorious hands emerging from the light…slowly but surely extending down to where she lay bare on the ground. As they helped her to stand up, she saw a winding staircase rising into the sky in front of her. Words imprinted themselves onto the stairs as she climbed up:  leadership—motivation— community—perseverance. At the base of the staircase she saw the wicked smile of her nay-sayers shrinking into oblivion. She saw past versions of herself, swirling in the old, unhealthy, monotonous routine she used to find comfort in. Somehow she knew that as she climbed she was ascending to higher, healthier, happier stages of her life. The last thing she remembered before waking was reaching the top and smiling as diamonds began to rain everywhere onto the world down below. She typically forgot what she had dreamt within minutes of waking but this time she remembered even hours later when she found the letter in her mailbox.

“The ECF bursary was created for students with a strong history of community leadership…Edmonton Community Foundation is pleased to provide you with an award…” She tried to read further but couldn’t see through happy tears blurring her vision as the letter reminded her of a truth which she had suppressed for too long.

In one astounding moment of clarity, all the snide remarks and sleepless nights riddled with self-doubt were swiped clean: she had never needed to prove anyone right or wrong. She didn’t need to lie awake wondering if she was cut out to achieve her dreams. No matter how many organizations rejected her…no matter how many people failed to see her potential…she was good enough…always had been.

All it took was the unwavering faith that her determination would deliver…because with time, it always does…. 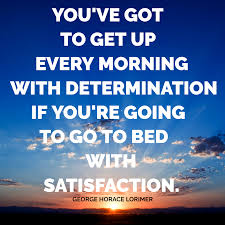 Thank you to the ECF for reminding me of this important truth when I’d forgotten it in a daze.

10 thoughts on “Everlasting Endurance and the ECF : A Story about Never Losing Hope”

~Hall of Fame ~ these lovely writers recently shared with the community